First race of the day was the JW4-. Having been selected last weekend to represent England at the upcoming Home International Regatta, Meg, Jas, Jess and Esther were in good spirits and ready to show what they could do against the rest of Britain. A solid performance in difficult conditions with a very strong headwind saw them come second, 2 seconds behind a Scottish composite, securing their place in Sunday’s A/B Semi-final.

Hettie followed next, in the JW16 1x, securing herself a place in the C final where she finished 4thimproving on her time trial result by one place to finish 16th out of 24 crews.

The final time trial of the morning saw the long-standing double of Theo & Noah competing in their last ever race together. They put in a good performance in an always hotly contested event, just missing out on the A/B semi by 3 seconds. In the C Final they rowed well in the testing headwind conditions, finishing 5th, improving one place on their time trial result.

The first race of the afternoon saw Tilly racing in the JW18 1x time trial. Coming back recently from illness, she put in a good performance finishing 19th out of 39 crews.

The penultimate time trial of the afternoon saw Mia & Liv back in the JW18 2-. Having been recently selected to represent England at the Home International Regatta, they were looking to secure their place in the A/B semi-final. The conditions had deteriorated significantly, but this was another usual day on home water for them, coming in fastest, 15 seconds ahead of second place.

Just over an hour a later Mia and Liv were back out for their second time trial of the day, this time in the sculling discipline, the JW 2x. Conditions were still tough but they managed to place 3rd in the time trial again securing their place in Sunday’s A/B semi-final. With only 1.3 second separating 1st place from 4th it looked set to be a close semi-final on Sunday. 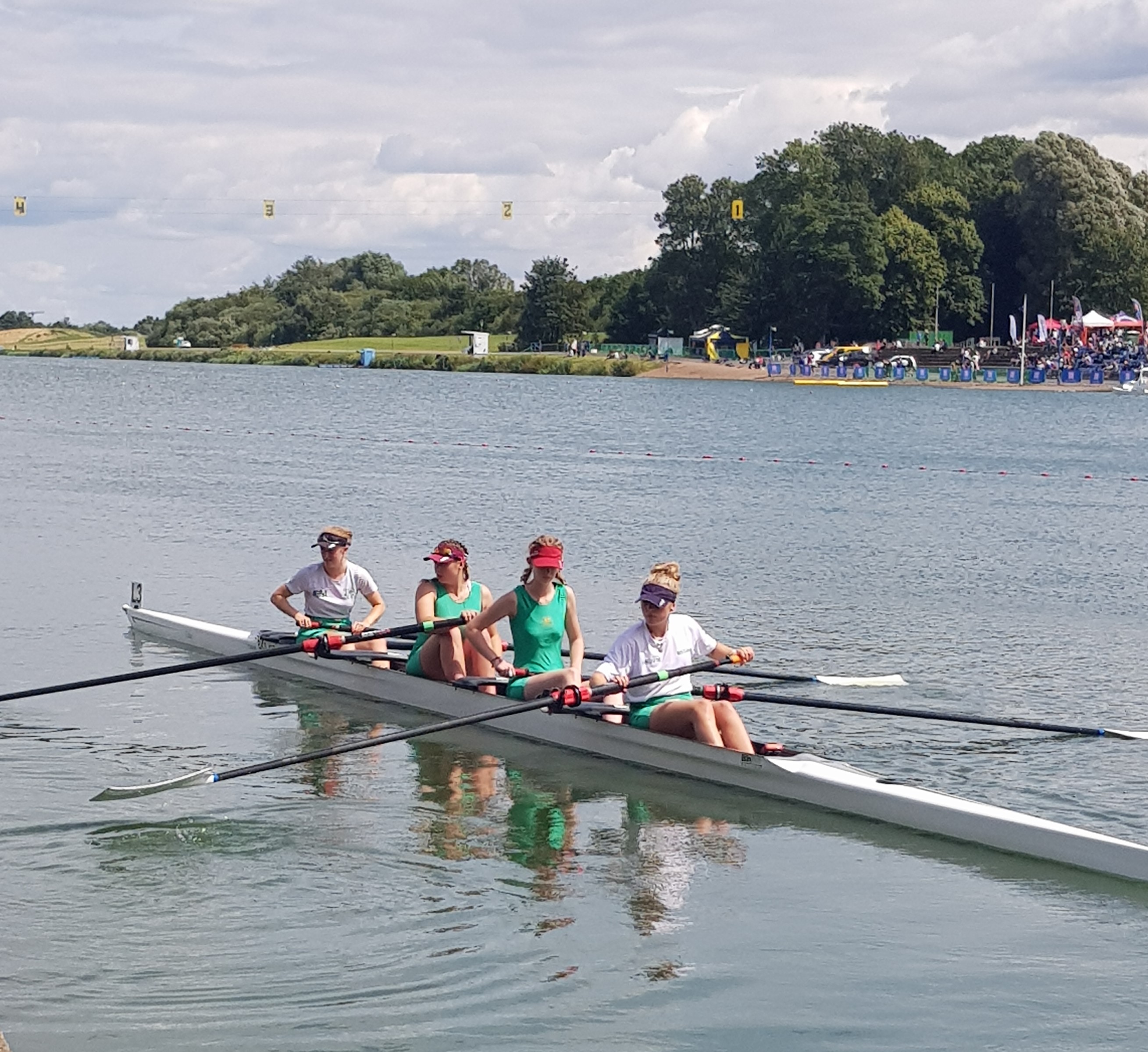 First semi of the day saw our JW 4- back in action. Off the start there was nothing to separate NCRA, Glasgow & Marlow who moved away from the rest of the field. At 500m the crew were neck and neck with Glasgow but as they got into their stride, they managed to head the field, finishing first. Now it was all to play for in the A-final. Out of the block our girls and the Scottish composite led the field and at the halfway mark there was still nothing to separate the two crews. Coming into the 3rd 500m the Scottish composite managed to edge out, crossing the finish line in 1st place with our girls coming home in second place for the silver medal and as fastest single club champions.

Mia & Liv were back in action late morning with the tough task of managing 2 semi-finals and 2 finals ahead of them. First up was the JW 2- semi. Steering difficulty throughout the race saw the girls stuck in second place with 500m to go but they managed to edge out ahead of Yarm in the last 500m to finish 1st. 60 minutes later after a special recovery routine they were back at the start to scull in the JW 2x- semi-final. A solid row from start to finish saw the girls dominate the race crossing the line in first place and securing their spot well set up for the A-final.

Getting back in the pair, in their most impressive race of the day the girls dominated the A-final from start to finish. Finishing 6 seconds ahead of second place they secured the their first medal of the day, Gold!

Only 50 minutes later, switching back to sculling after another quick recovery, the crew were back up to the start for the double sculls A-final. With such a short space of time between both finals they knew this was going to be a tough ask to come away with a second medal. But in great style the girls secured the Bronze medal, their second medal of the championships. 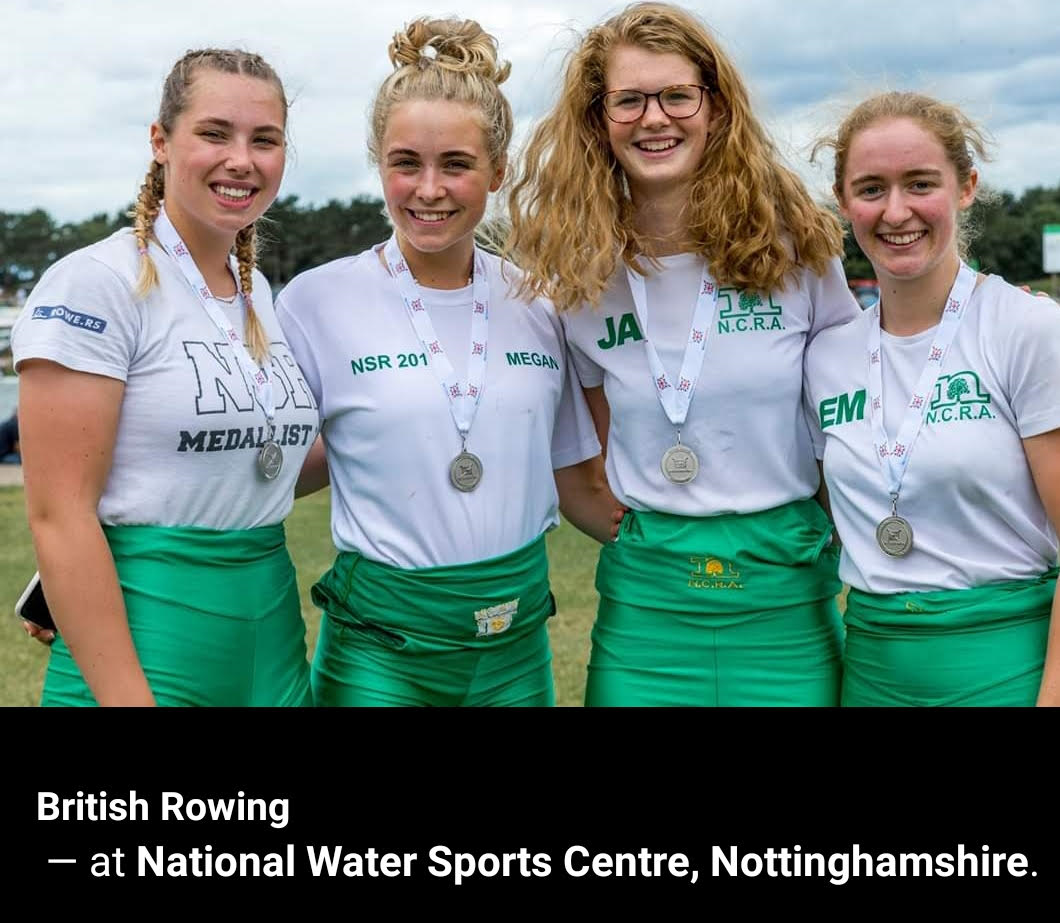 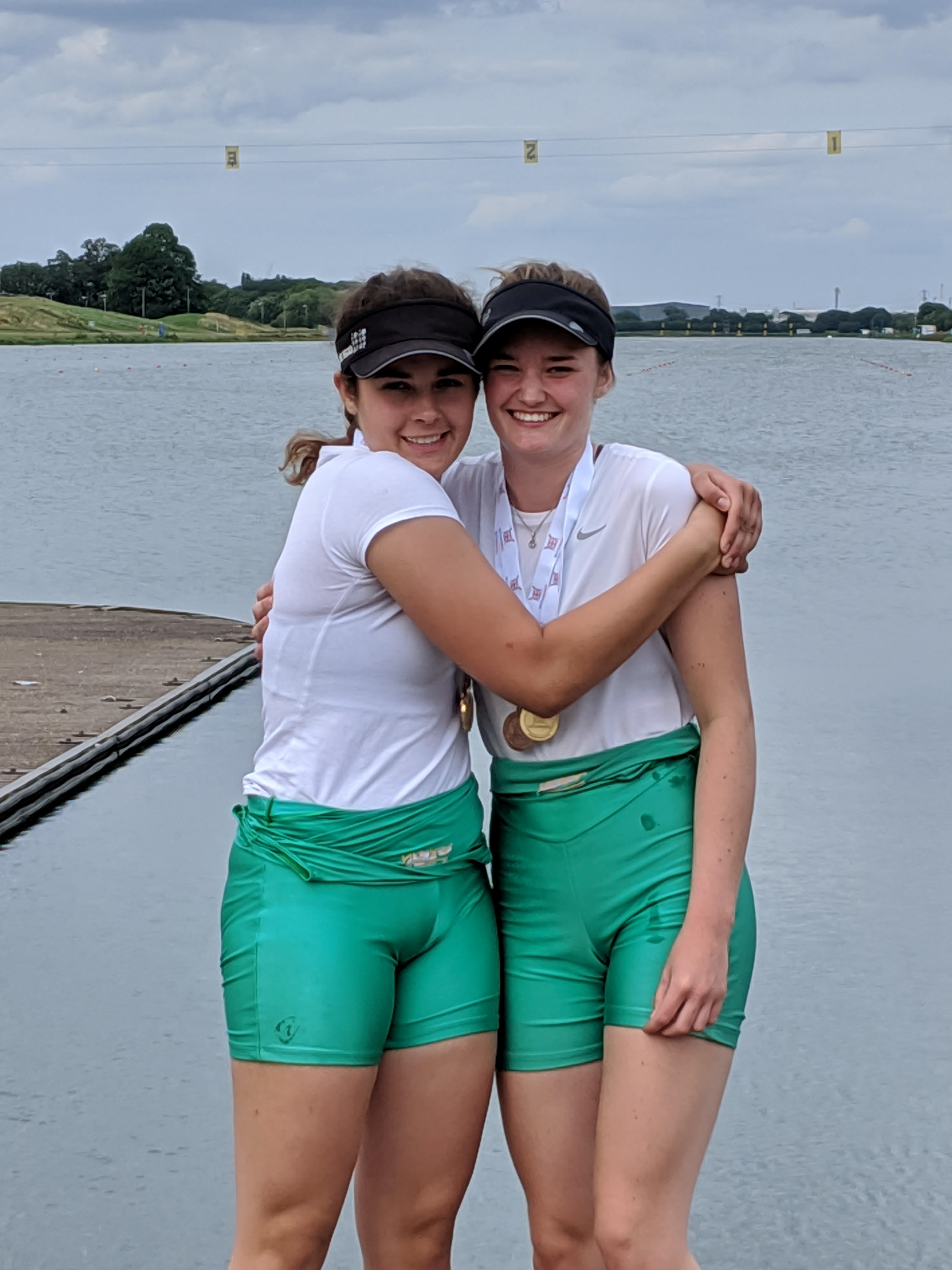 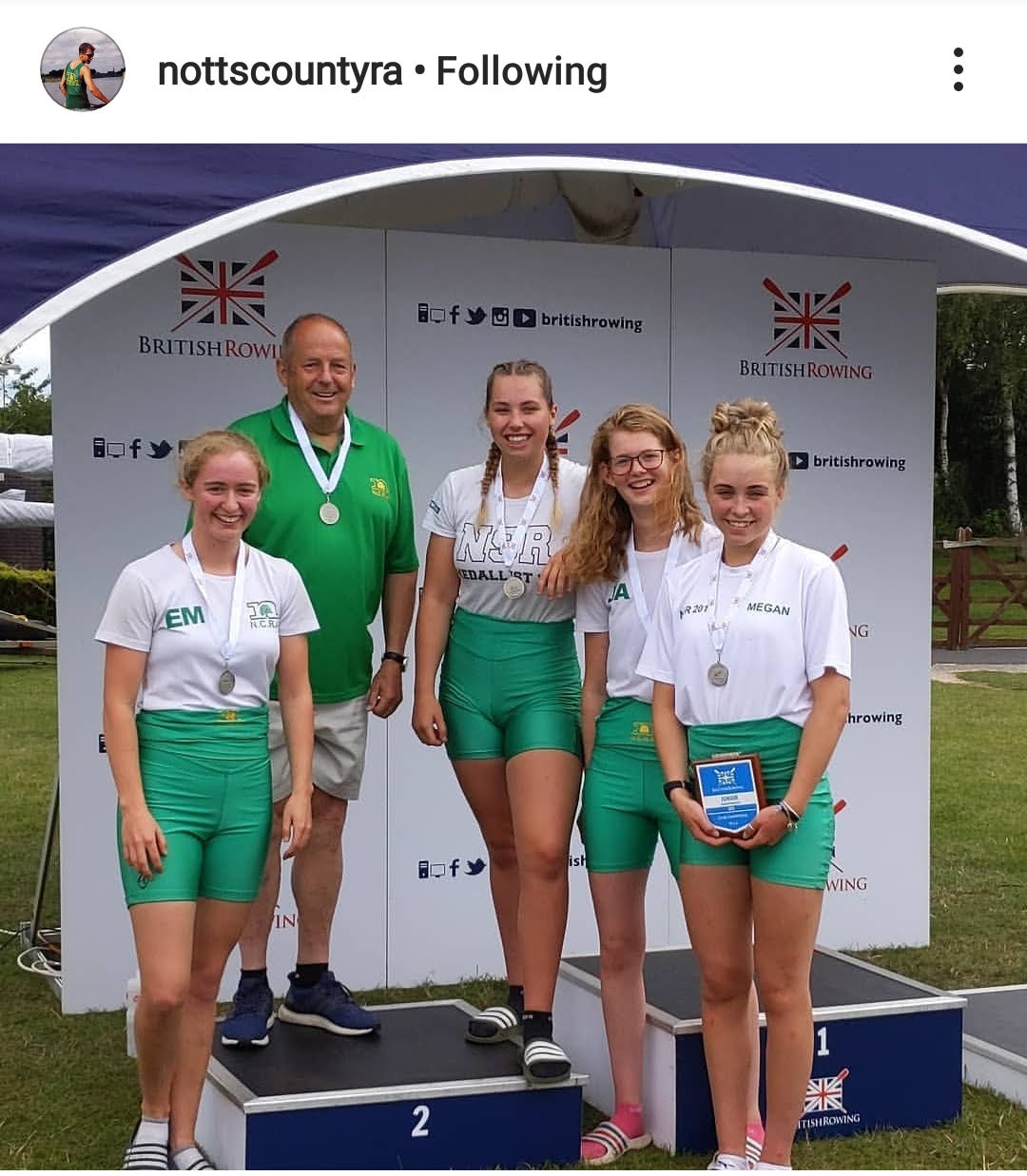 The final race of the season will see NCRA compete for England at the Home International Regatta on Strathclyde Park on Saturday 27th July.  Mia and Liv race in the JW2- alongside Meg, Jas, Jess and Esther in the JW4-, Meg and Aerin in the WLwt 2x and Ashley in the Lwt 2-